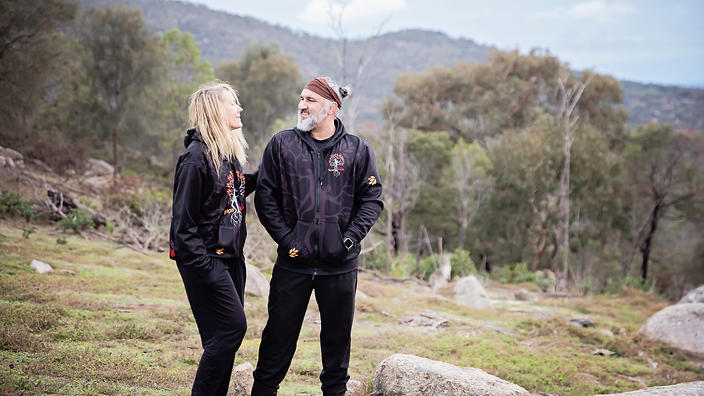 Are you feeling disconnected from the world around you? Wayapa® Method, a healing practice is inviting people to connect with nature and the Earth to combat the stress of modern life.

Wayapa® (‘Connect’ in the language of Peek Whuurrung People of south west Victoria) started as a personal practice two decades ago for Gunnai man Jamie Marloo Thomas who says he grew up disconnected from his culture.

In a childhood marked by severe trauma, Thomas says that nature and Mother Earth became his solace. “The origin of Wayapa® could be traced as far back to the many hours I spent playing in the bush as a small child, becoming one with it.”

Born to a white Australian mother and Aboriginal father whom he only saw on only two occasions in his life, Thomas was curious to know more about his heritage and family that was always missing. After travelling to other communities to learn what he could, it was during one of these trips that an Elder took him aside and offered advice to reconnect with his own culture. He listened and moved to his Grandmother’s Country in Warrnambool, Victoria.

“I started reconnecting back to my culture, sitting with Elders, sitting on Country, listening to the stories the land was telling me. I started doing ceremony for Country. I then realised that the only time I felt whole —perfectly aligned and happy within— was while performing Ceremony on Country. I deeply understood what most people don’t; that Aboriginal Dance and Ceremony isn’t about performance, its a true gift of wellness.”