All Being Well Podcast 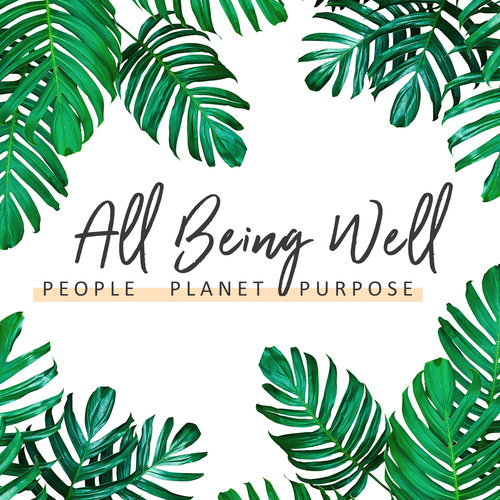 Thanks to All Being Well for this podcast sharing the messages of Wayapa®!

All Being Well is available at Apple Podcasts, Stitcher Radio, PodBean and wherever you get your favourite podcasts from. Find out more here.

Highlights of the conversation are shared below.

Wellness has supported Aboriginal Australians to be one of the oldest living cultures in the world.

“One of the things about our Aboriginal Australian history is that the whole story hasn’t been told about our mob. There’s a great movement happening at the moment where some of these stories are now coming to light, such as the knowledge of connectivity and sustainability that Aboriginal people held and practiced for upwards of 80,000 years in this country. It’s great that we’re going through that process, because the old cliche of the nomadic savage roaming around indiscriminately getting a feed, banging a few rocks together couldn’t be further from the truth. Our mob’s one of the most intelligent species on the earth. To me, the true measurement of intelligence is to live within your environment without destroying it for a long period of time. We are one of the longest continuing cultures on the planet. Our connection to the earth was established for a long period of time, which is why we were healthy for such a long time pre-invasion.”

“Commonly, wellbeing is seen as mind, body and spirit – but for Indigenous people the key word in all of that isn’t those three things, it’s actually land or environment. Without a healthy environment you can’t have a healthy body, mind or spirit. That won’t exist, because they’re all interconnected. So it’s four things for us – earth, mind, body and spirit to create wellness.”

Human beings can connect with earth in a way that science cannot explain.

“Aboriginal Australians have an understanding and an awareness of a bigger energetic picture of what’s out there. There’s cultures all over the world that have that ability, and I also know non-Aboriginal that have that ability too. But sometimes we shut this knowledge off because we’re told by the system that this doesn’t exist, that it’s all made-up. I know what I’ve experienced when I can connect to my environment and no one can explain it, not even scientists. It’s just the way it is.”

The practice of Wayapa® focuses on translating Aboriginal Australians’ connection to earth and the elements into a mindfulness practice that can be shared.

“Many people in societies feel disconnected from the planet. As a global village, it’s even more important that we’re mindful of our resource use – not taking more than we need, not over-consuming, and being mindful of our consumption. Wayapa® gives people a sense of that connection and that nothing lives in isolation. For instance, we always talk about a rainforest and a city like they’re separate entities – but they’re not. The rainforest is providing oxygen for us to breathe and the city is providing smog that makes its way back to that rainforest. They’re one and the same. And what we do every day, whether you’re in the city or the rainforest, should be the same. Wayapa® asks people, after being connected to the planet through the practice, to action that knowledge by being connected with your daily environment. It’s joining two industries – the wellness industry and the environmental sustainable industry – to say that they’re one and the same.”

Wayapa® translates across all cultures and connects us as people.

“Wayapa® features 14 elements that focus on connecting ourselves as humans to the planet. It’s a meditation and a visualisation that people can practice anywhere. If you’re stuck in an office all day you can stop and do a 20 minute meditation and see yourself standing at a beach with the elements happening around you. Science has said – and we know it as Aboriginal people – that if you can think it you can be it. Using quantum physics and being in that space through visualisation is very powerful.

It begins with a two minute grounding exercise, closing your eyes and focusing on an environmental place that means something to you – a beach, a park, a desert, a rainforest, whatever it is.

We then go through the 14 elements and the movements that correlate with those elements to explain the story of how the earth works. For example, the second element is the sun and the movement is about the cycle of the sun and the equinoxes and the solstices. It shares how we’re interconnected with that. We move through a 20 minute practice that’s based on these elements.

Finally, there’s a three minute meditation recounting those movements in your mind.”

Wayapa®’s real work begins when you finish the practice.

“Wayapa® is not just a practice, it’s a lifestyle. Wayapa® really starts when you finish the activity, because you’ll be connected to your environment and it will then influence your decisions. For instance, when you want some orange juice you decide to squeeze some oranges rather than going to a store and buying juice full of artificial stuff or from Boost Juice where they use single-use disposable cups.

It’s also about connecting to people as individuals. In a world of technology and fast pace, we don’t stop and have the face-to-face conversations, and share energy and stories of what we’ve experienced. Wayapa® is all of these things in a one hour session.”